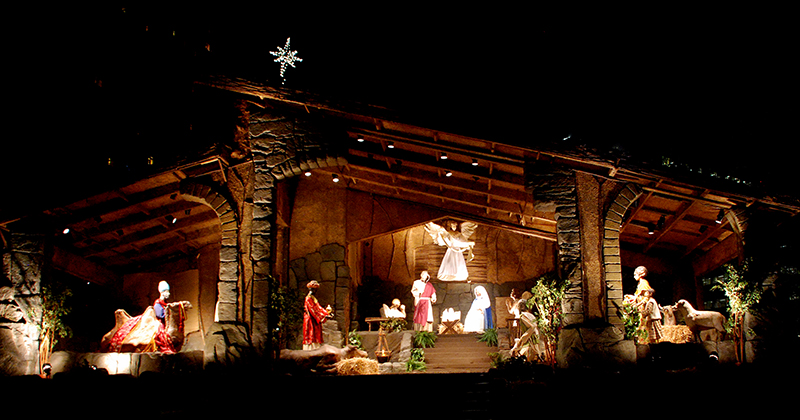 Each holiday season, from Light Up Night in November (November 16) through Epiphany in January, the Pittsburgh Crèche a larger-than-life nativity scene, is the world’s only authorized replica of the Vatican’s Christmas crèche on display in St. Peter’s Square in Rome. 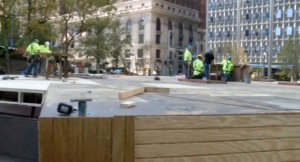 I have been asked to document the building of this holiday highlight. I have one student who is serving as reporter, getting interviews with crew members and posting short 2-4 minute videos so they can be placed on the Pittsburgh Diocese website.
The Pittsburgh Crèche stable, constructed from the plans of Vatican architect Umberto Mezzana, is 64 feet wide, 42 feet high, 36 feet deep, and weighs approximately 66,000 pounds. A total of twenty life-size figures are included in the Pittsburgh Creche.

Some of the interviews have revealed the history surrounding the Crèche. During a business trip to Rome, Louis D. Astorino, chairman of the Pittsburgh architectural firm L.D. Astorino Companies, first saw the Vatican crèche. Envisioning a similar display in his hometown of Pittsburgh, he worked to gain approval from Vatican officials, secure the actual plans for the crèche, and commission its sculptor to recreate the figures for Pittsburgh.

The Pittsburgh Crèche first opened for public viewing in 1999, and now opens annually each holiday season at its permanent display site, US Steel Plaza at 600 Grant Street in downtown Pittsburgh.

Workers are assembling the Crèche on a daily bases, however hurricane Sandy caused a week delay in the building. The recording of interviews, getting b-roll of the workers, assembling a “news package” could not be accomplished without the cooperation of the tradesmen and women of the local scenic union, the carpenters, the construction crew chiefs and the Diocese of Pittsburgh. 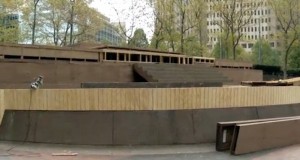 The daily work includes a trip to the site, they arrange for parking on-site (save $8 parking fee each day), back to the editing suite for voiceovers, digitizing and final rendering. Then the file is uploaded to the Diocese for use. A lot of work, as most gratis projects are, but it feels good to do something just for the pleasure of helping someone. I hope you get a chance to see the Crèche this holiday season. 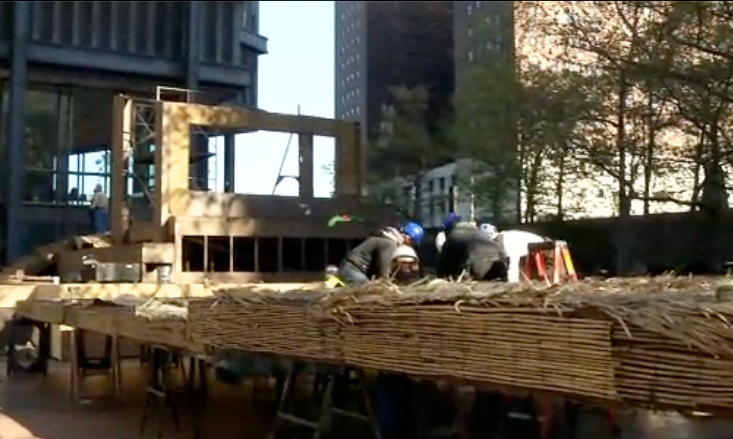