Surprises At Every Turn 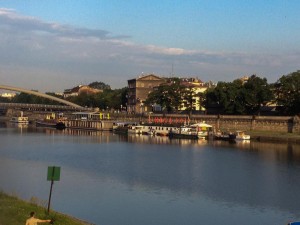 Nothing can prepare you for a surprise change of plans, especially when you are the last to know. When the tour organizers don’t understand that not informing the film crew in advance, or at least as soon as the plans are change can have a big impact on the final product. There are things that need to be in place when we leave the hotel or location.

Take for example the visit to the Holocaust survivors hometown. First a little background on Howard Chandler’s hometown. 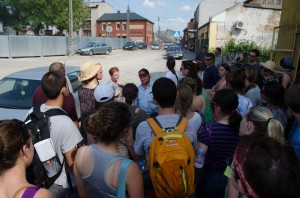 Starachowice is a town in south-central Poland, with around 55,000 inhabitants. Starachowice is situated upon the River Kamienna, a tributary of the Vistula River, among hills and forests. During the Holocaust, the ghetto in Wierzbnik, a town located nearby, was liquidated on October 27, 1942, and many of its prisoners were sent to the death camp Treblinka. The remaining Jewish residents of Starachowice and Wierzbnik were sent to labor camps in the vicinity. Those camps were liquidated in the summer of 1944. The remaining survivors were deported to Auschwitz where many of them met their death. 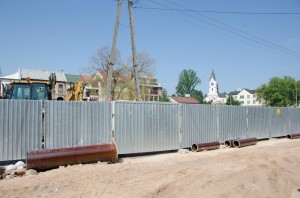 Construction at the town square

In June 2011 I traveled with Howard to his hometown, the square was a great location for both video and audio, this year it is different. The town square is bring torn up and replaced with a newer version, they are not restoring the square, they are redesigned it. An odd thing to do since most restoration in Poland has been to restore, not redesign. So there was not place to do audio with all the machinery noise, thats ok because I have previous interviews. So the simple DSLR with video worked as a visual capture. 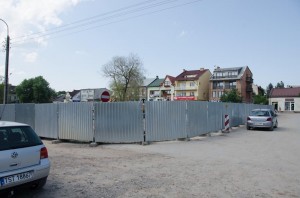 Back to the suprises. I had known that the square was not available for interviews so I was prepared for that. I did not find out to the last minute that we were going to the square and that it was not accessible so we were going to “hike in.” Traveling on a bus, crowded, air conditioner not 100%, sweaty, cranky from the heat (almost every day near 100) and trying to get equipment organized for this change. Did I do it? Of course but it might have been easier with some advance. One note, never eat the “box lunch” provided, it has been sitting in the cargo area of a hot bus for several hours.

Last year when going to Auschwitz-Birkenau Memorial and State Museum we filmed freely in the locations. This year was a little different. We had most everything shot when a rather large Polish police officer approached us. He wanted to see our papers, which we had none. I explained the situation and was polite, he was polite in return but said we need a permit which we could get at the office. Since we had most everything recorded already here was no need for that. We thanked him and left for the bus, everyone else had 1 hour free time to roam.  I was told by the tour organizers we didn’t need any permits, I should always remember, when visiting a large site, national, state or local, always check personally for permits requirements. 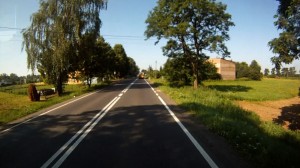 So the trip is winding down, batteries are holding charge, equipment performing excellently, operator wearing down. Dashboard GoPro camera recorded a lot of traveling thru the Polish countryside. Will probably only use 30 seconds, but worth the small investment. A month away from family is too long.