Time to Take the Show On The Road

This weekend I travel to Toronto to show the documentary I produced, “Memory: A Holocaust Survivor’s Story.” It will be shown at the Holocaust Education Centre, Lipa Green Centre in Toronto. The available seating is full so I cannot extend an invitation to view the film. This will be the first time Howard Chandler will see the finished film. I am anxious to see if he is pleased with the results. I keep hearing from reviewers that the film is very good, that gives me some hope that this documentary will have an impact on those who see it. 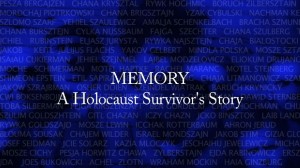 For those of you who have not heard the story, “Memory: A Holocaust Survivor’s Story” tells the story of Howard Chandler an 83-year-old Holocaust survivor. I returned with Howard to his home village in Poland (Wierzbnik-Starachowice) and visit the concentration camps where he was imprisoned during World War II. He told his story in the places he lived and where many died. Often, families were torn apart. In a desperate attempt to save their children, parents made the agonizing decision to leave their little ones with strangers. And, frequently, children were left to fend for themselves. Howard Chandler was 14 and his story is reflected in the many memories of other children who survived the Holocaust. 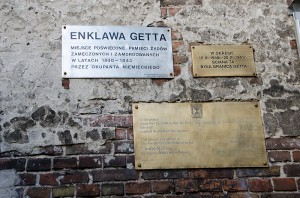 The journey began in Warsaw, where I explored the remnants of the ghetto, the chief Rabbi of Poland speaking about Jewish life in Poland toady, and continued to Treblinka, the extermination camp near Lublin. I also accompanied Howard Chandler to camps where he was a prisoner, Majdanek and Auschwitz-Birkenau near Krakow. I followed him back to his hometown of Wierzbnik-Starachowice. Chandler was only 14 when he was forced into slave labor by the Nazi regime after it invaded Poland. We walked down the streets, knocked on the door of the house he lived in and surprisingly were invited inside.

My goal as a documentary film crew was to record the events, the experiences and to record Howard Chandler as he again walked in his footsteps that brought so much sadness more than 67 years ago. It was amazing to watch Mr. Chandler as he described as if it were happening all over again, you could see in his eyes the pain and sometimes the hope that he would escape and not face the fate of his mother, sister and little brother.

The Telly Awards has named the documentary a winner in the 33rd Annual Telly Awards. With nearly 11,000 entries from the United States, Canada and numerous countries, I am humbled in receiving this award.

I was disappointed to hear back from the Discovery Networks turning down a chance to air the documentary, I am hoping the documentary will be seen locally in Pittsburgh or national on some channel.