The Filming in Israel 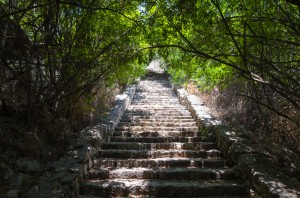 First of all let me say you have never felt heat like a summer day in Israel. From the day I arrived (sunday) and including today (tuesday) the country is suffering from the hottest early summer heatwave. So a great time when lugging a video camera and tripod and batteries and 3 bottles of water. Three bottles of water is not enough, I also had today 2 orange drinks (10 shekels) and 1 grapefruit drink 5 shekels) from the friendly street vender in  Safed, one of the four “Holy Cities” of Judaism. Back here at the Kibbutz I am also draining another bottle of water. This is probably one of the most important things you can do when working in the heat, keep hydrated with water, not Pepsi or Coke. And especially when climbing 100 steps. 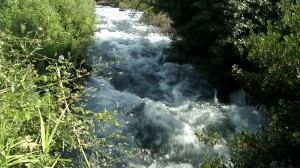 I visited the Dan River National Park, this is one of the main feeders to the Jordan River. The park is, well lets say still in development. I expected to see lots of signage, developed trails, and some “photo op” locations. Our guide, Avi Ben-Hur (Yes thats his real name) is an encyclopedia on feet. He explained the water problems Israel always faced and how they are conquering it, the Dan is part of the solution. The park also has a few sites with antiquities dating back to 3800 years ago. 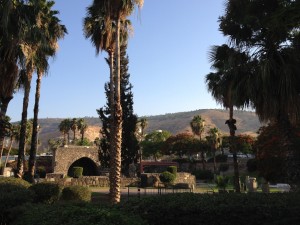 The day was long, hot, and physically exhausting. I think I am getting too old for this kind of work, but I love the challenge and adventure.  However the food is great, fresh veggies and fruits, nothing like the stuff from Giant Eagle. Breakfast is a huge buffet with lots of breakfast stuff to choose from including breads and fresh fruit and juice. Lunch was served in a out of the way cafe with beef, chicken, rice, potatoes, grilled veggies. For dinner I went to a Chinese/Thai restaurant (I know, not exactly Israel food)  in Tiberius.  Tiberius is a city on the western shore of the Sea of Galilee (also called the Kinneret), Lower Galilee, Israel. Established in 20 CE, it was named in honor of the emperor Tiberius. Thats it for today.